LOUIS & KEELEY: LIVE AT THE SAHARA

Reviewed by LA TIMES, "Stor"Stage Scene LA and, LA Weekly.While Louis and Keely Live At The Sahara is showing in LA , I am leader ,trumpeter ,and Musical Director./Paul Litteral’s musical direction (with consultant Richard Levinson) is superb, as are musicians Colin Kupka, Bill Overton, Dan Johnson, Jeremy Kahn, Jon Paul and Michael Solomon. (This is a quote from Chicago Sunday Times.) 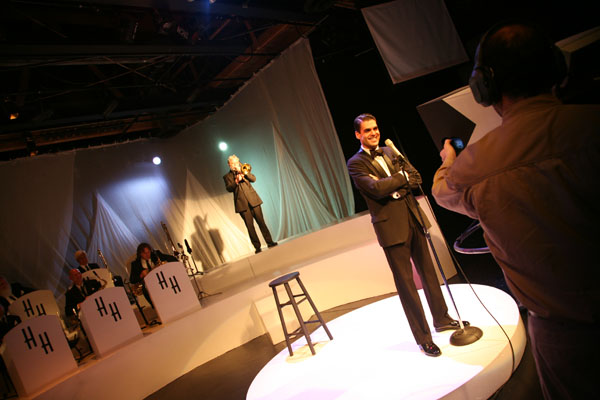 I am co-writer , and Musical Director, Theater review: 'Hoboken to Hollywood' at the Edgemar. Reviewers have give high praise " One of the most highly-praised aspects of the production was the incorporation of having the actors perform TV commercials during the “broadcast”. “Paul Litteral had the idea that we could have live commercials done in front of the audience, just to add a little color, which I thought was brilliant. So those were essentially the ideas that we had to start out with. (This Stage Magazine) "